The works of Yrjö Edelmann are so precise that they translate without question as photograph. Even with double, triple, and quadruple takes it is nearly impossible to imagine that the pieces have been produced from precisely placed oil paint. The objects Edelmann depicts are not perfectly wrapped pieces, but rather haphazardly taped and constructed, often on irregularly shaped canvases to heighten the trompe-l’œil effect. Scotch tape and twine hold the wrapping paper in place, with wrinkles covering the bright and often reflective package’s surface.

Edelmann was born in 1941 in Finland, and studied at the University College of Arts in Stockholm, Sweden. Edelmann is represented by Craighead Green Gallery in Dallas and Gallerie GKM in Malmö, Sweden. You explore more of his work in detail on Artsy. 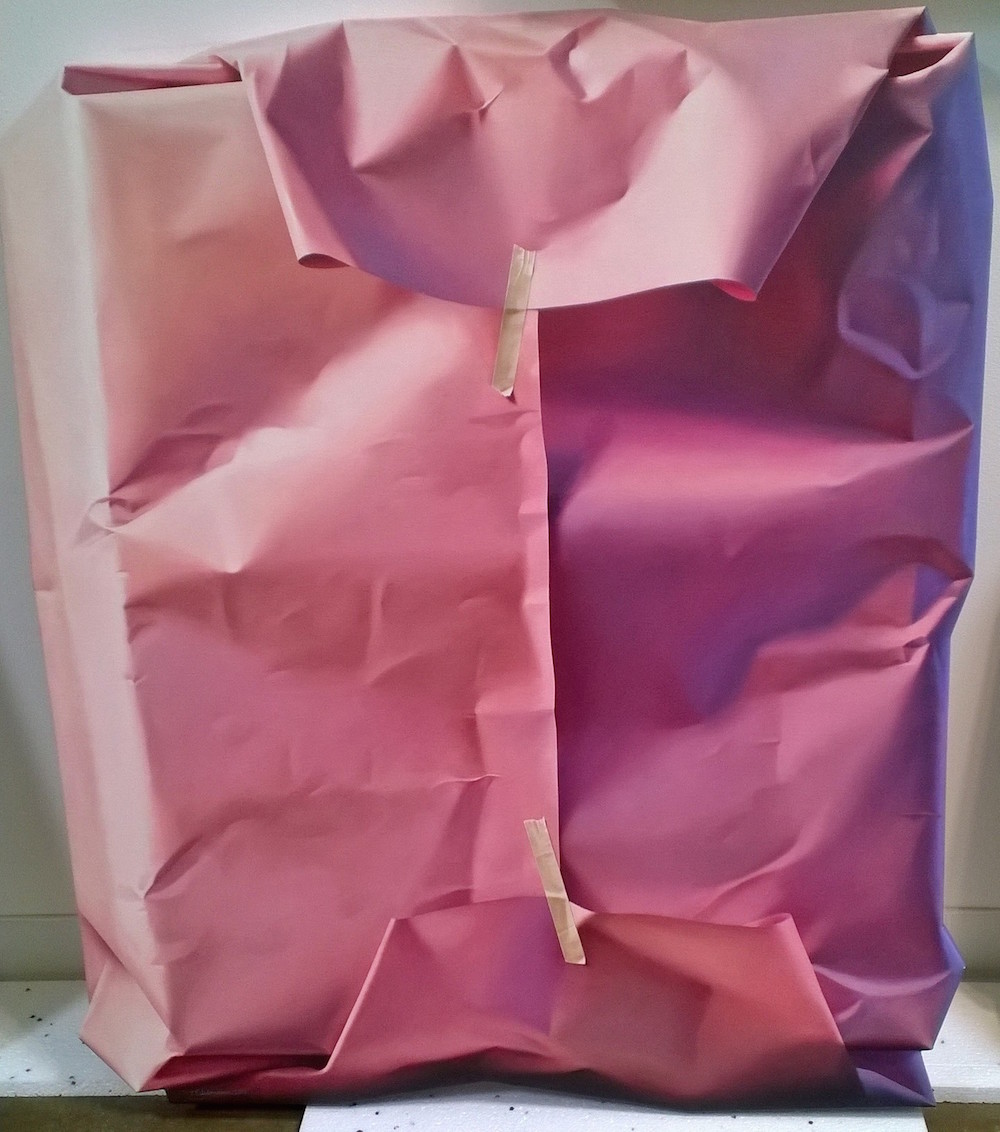 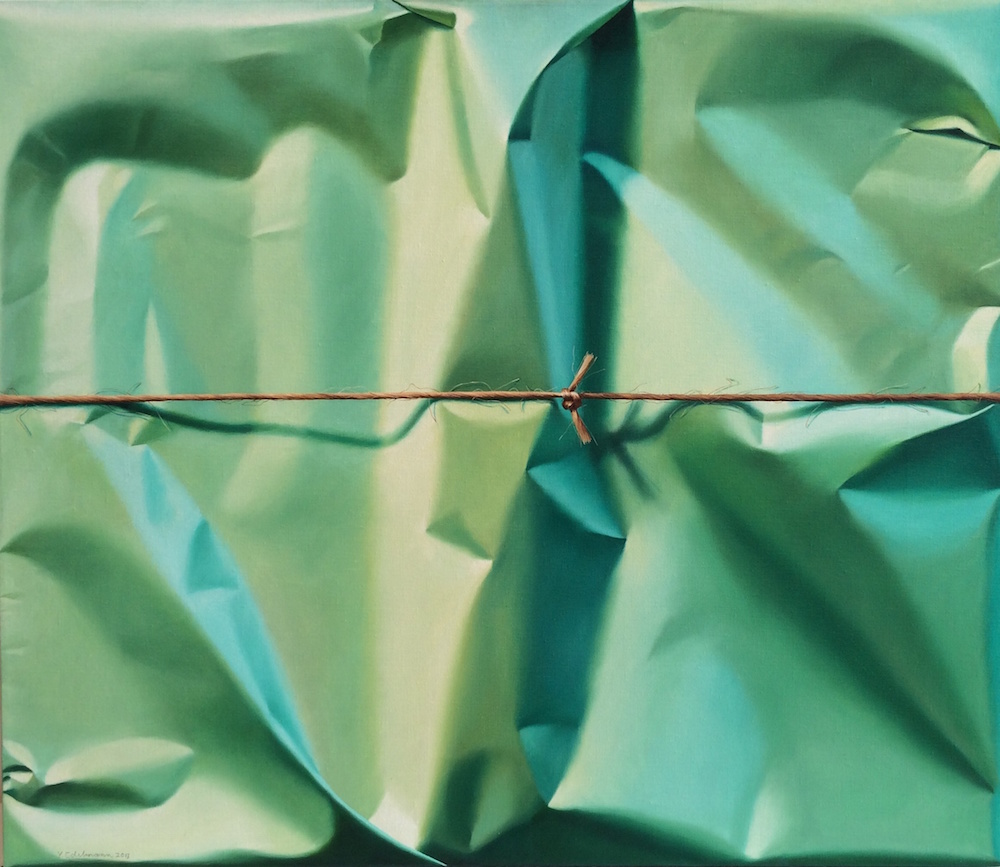 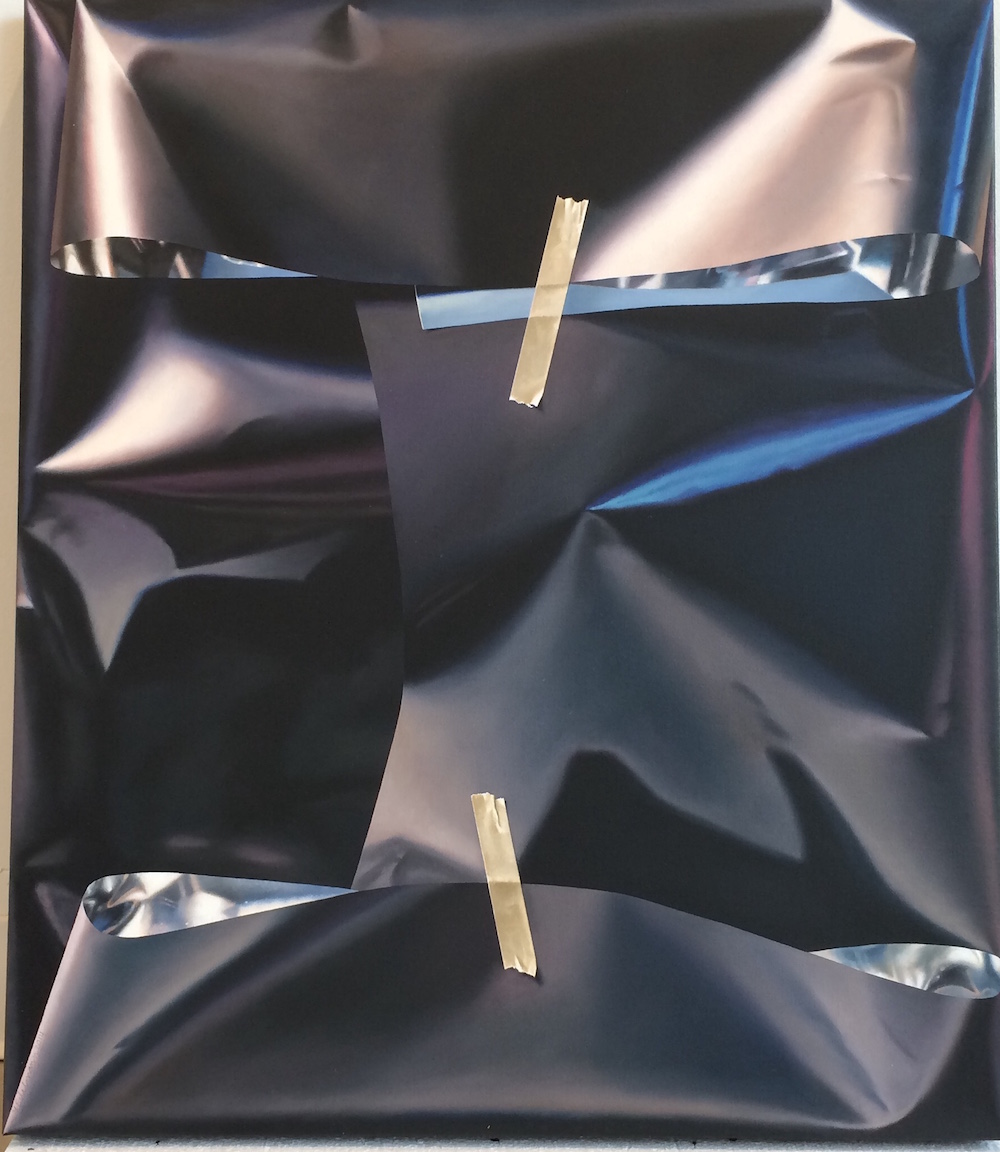 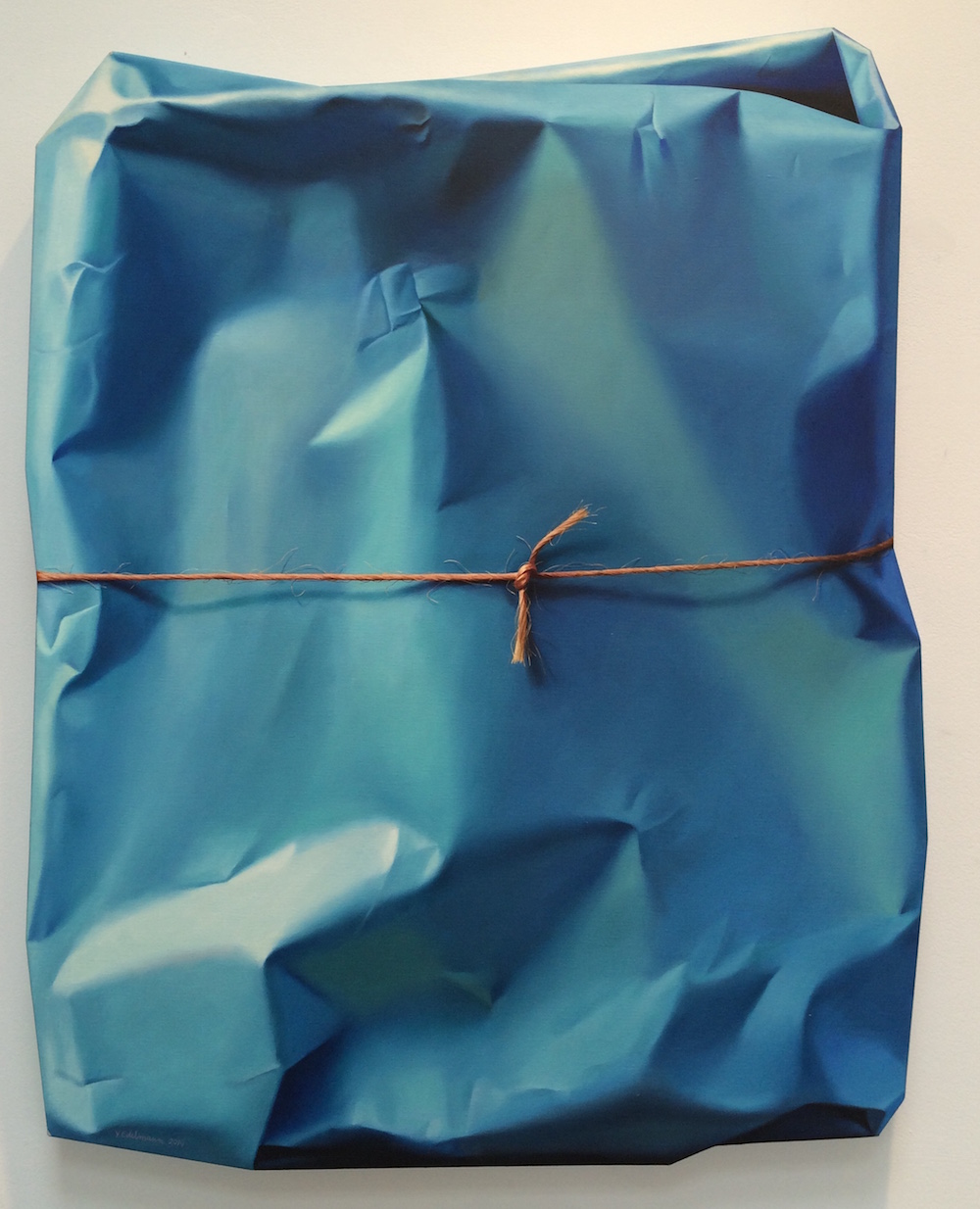 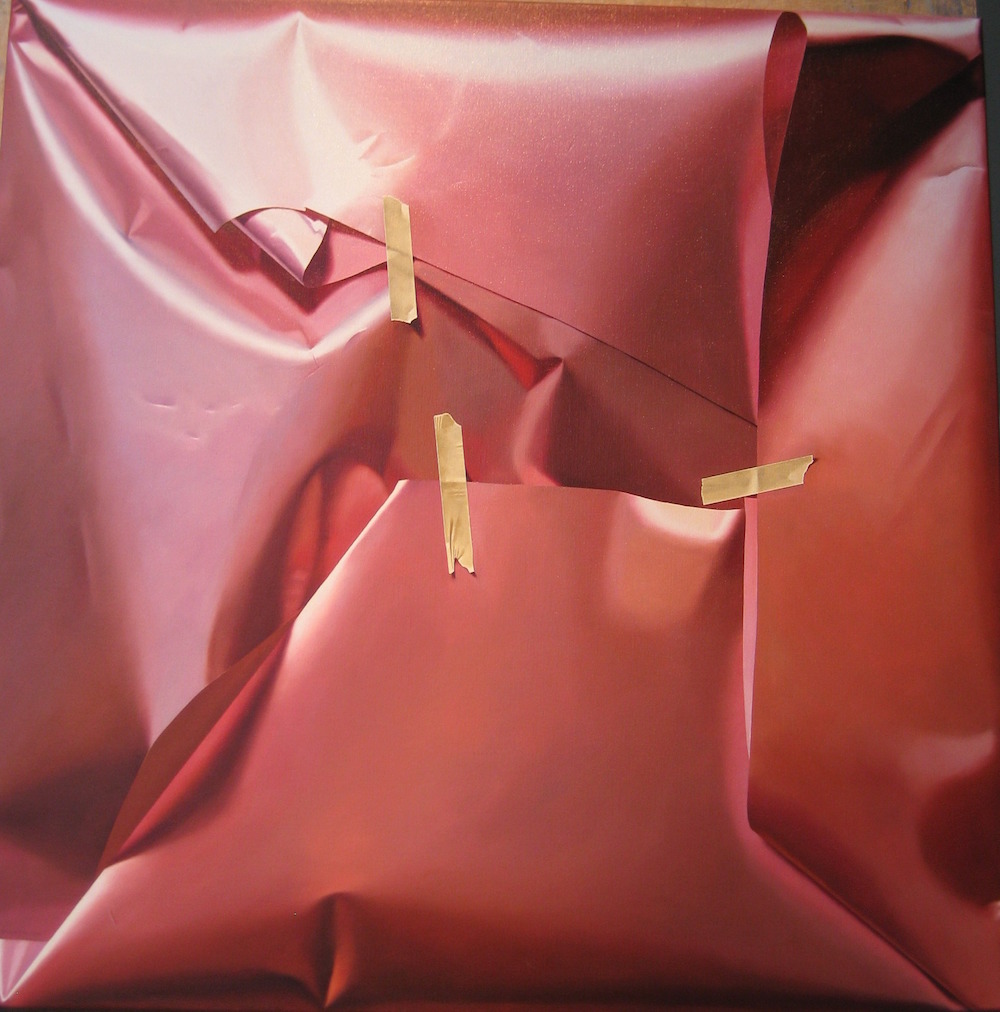 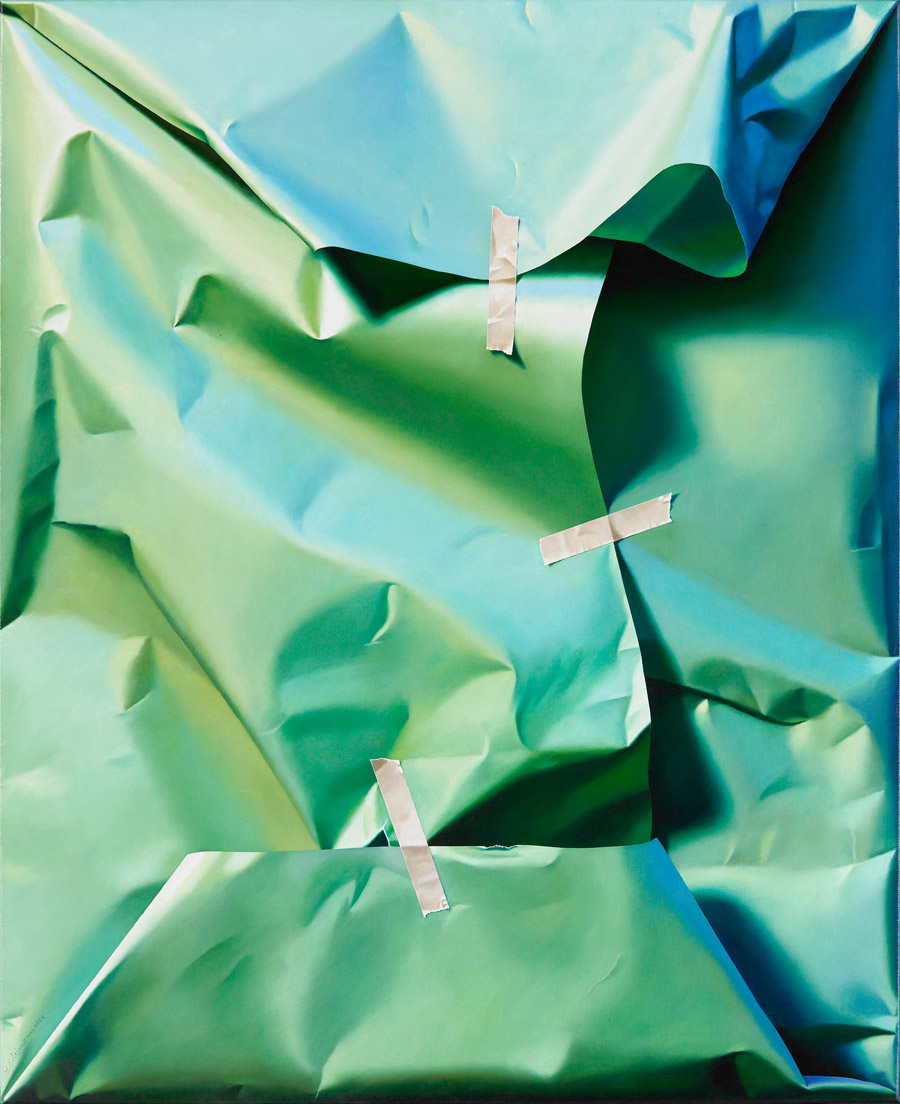 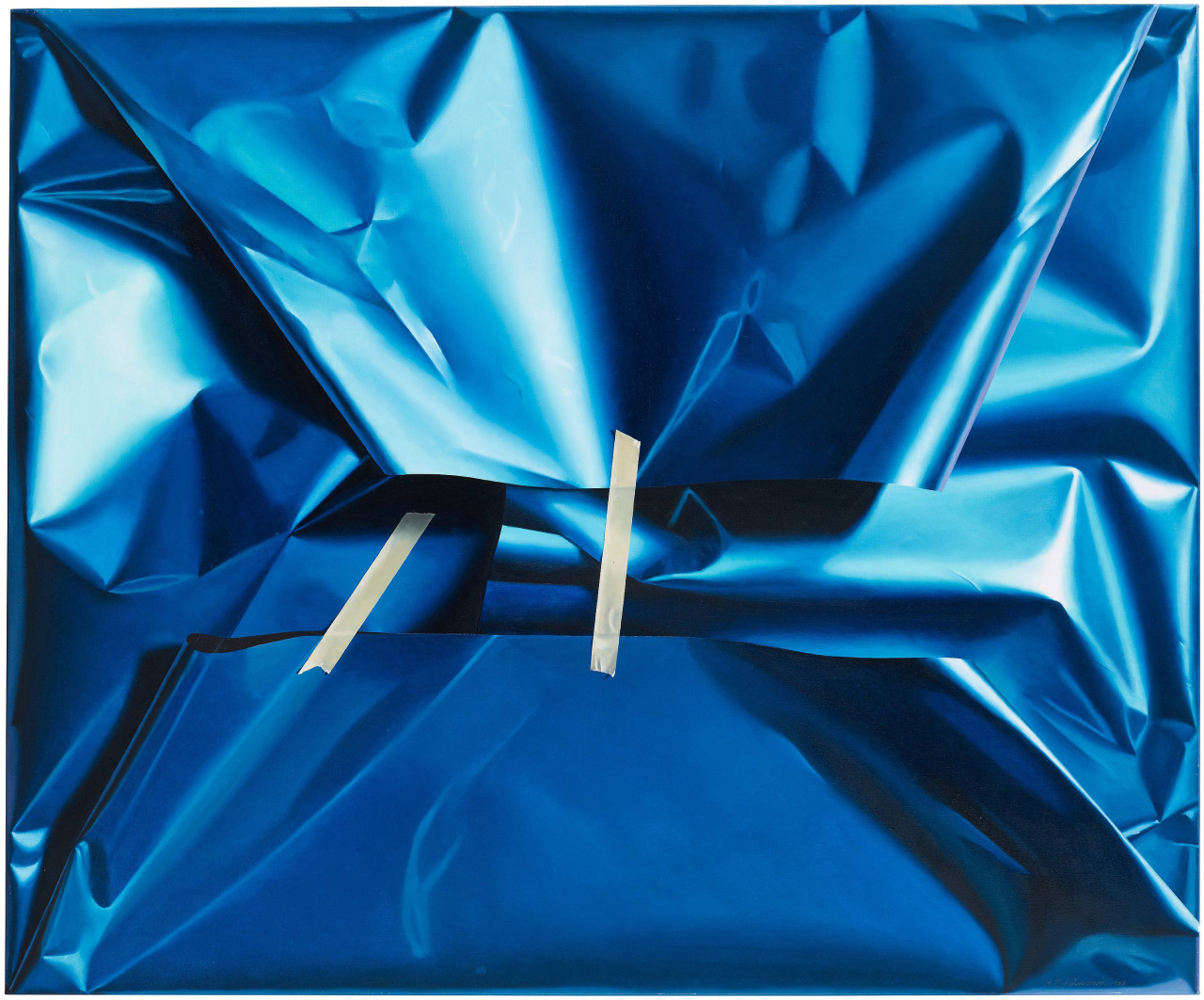 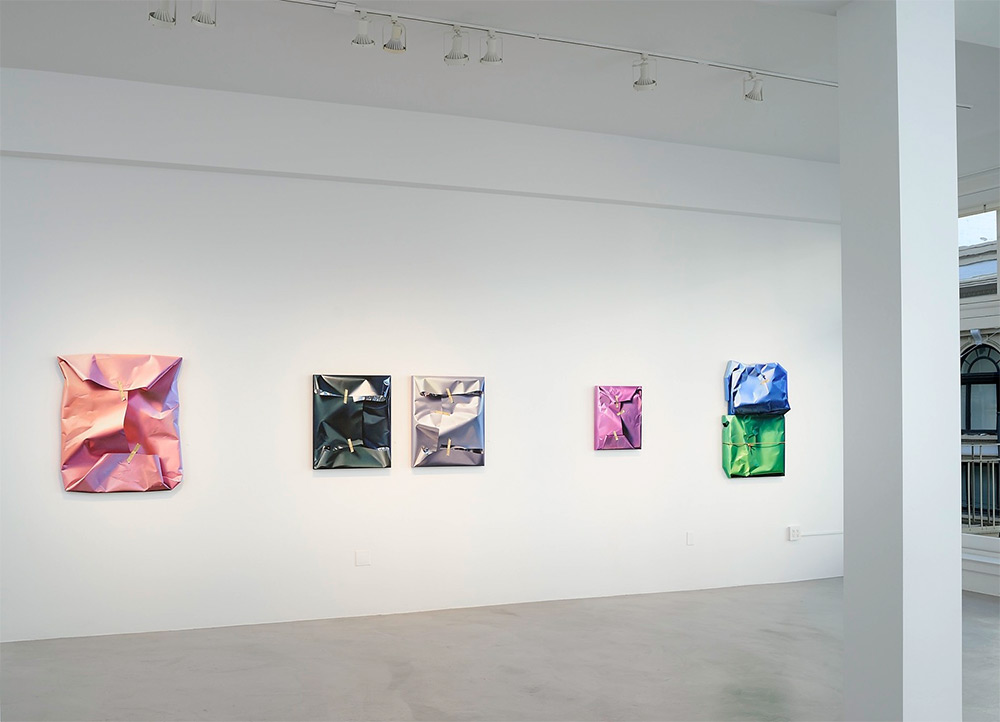 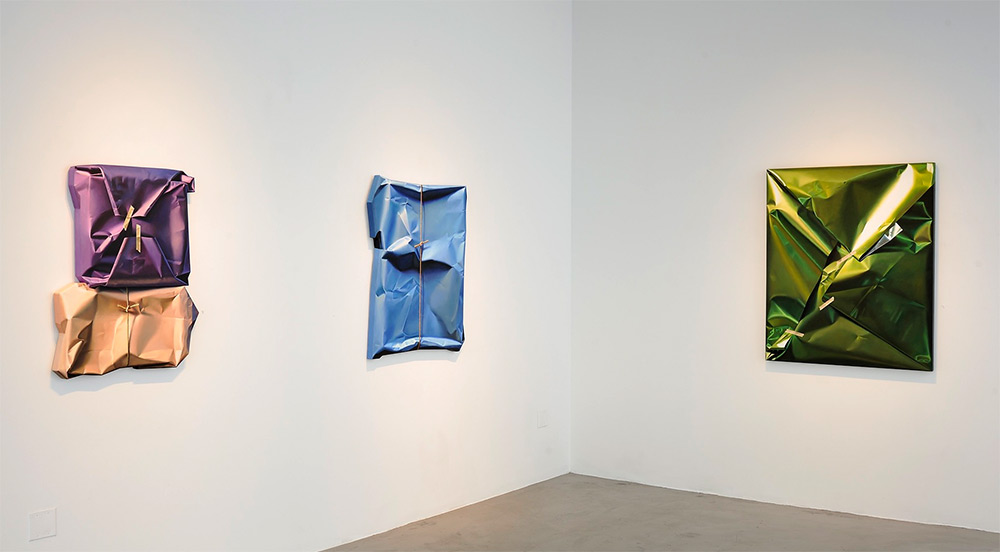 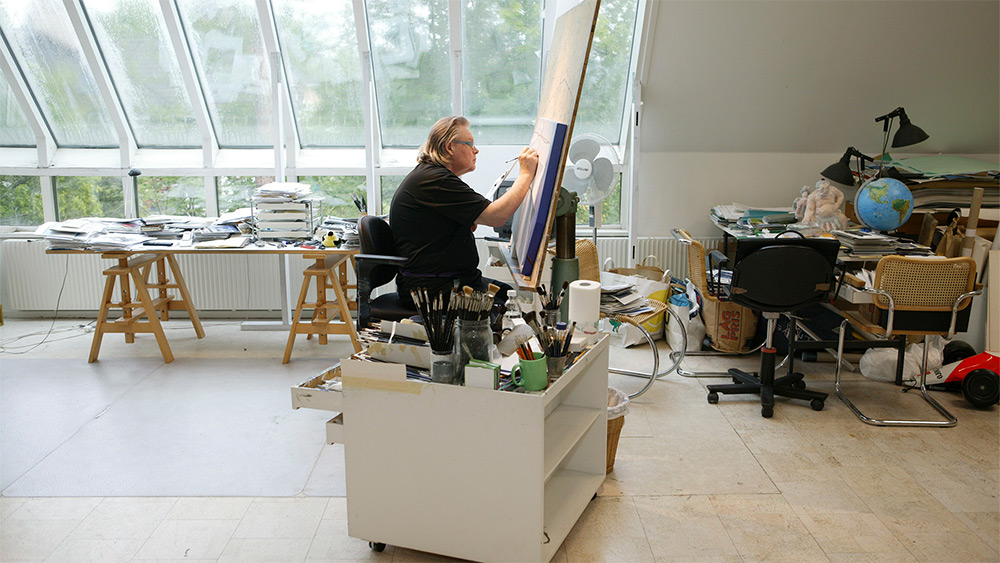