Anónimo are photographs of US and Mexican nationals staged in an anonymous protest to raise awareness of the struggles of the ‘Normalista’ student protesters that were killed in their fight for education.  Inspired by the vernacular items that the protesters use to obscure their identities, our anonymous protesters stand wrapped and protected from discovery. 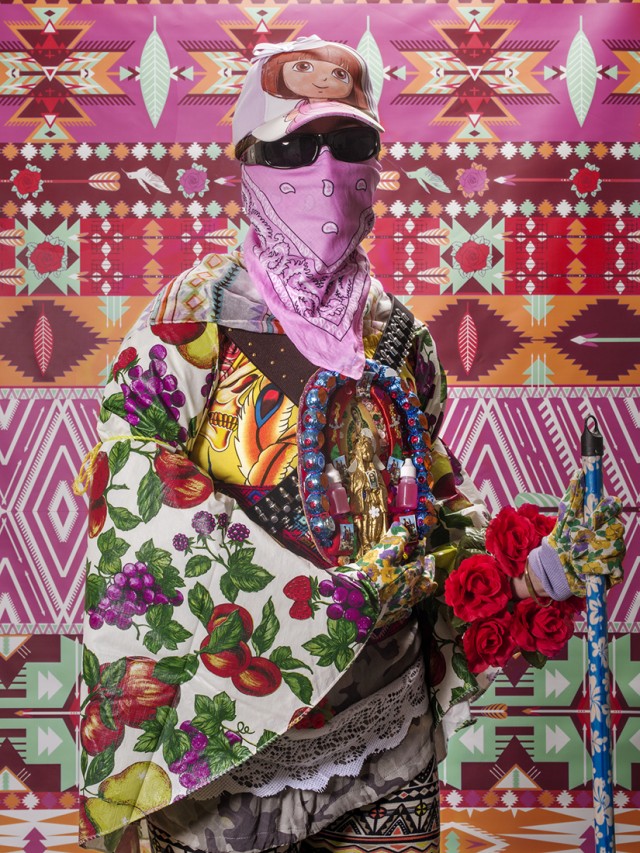 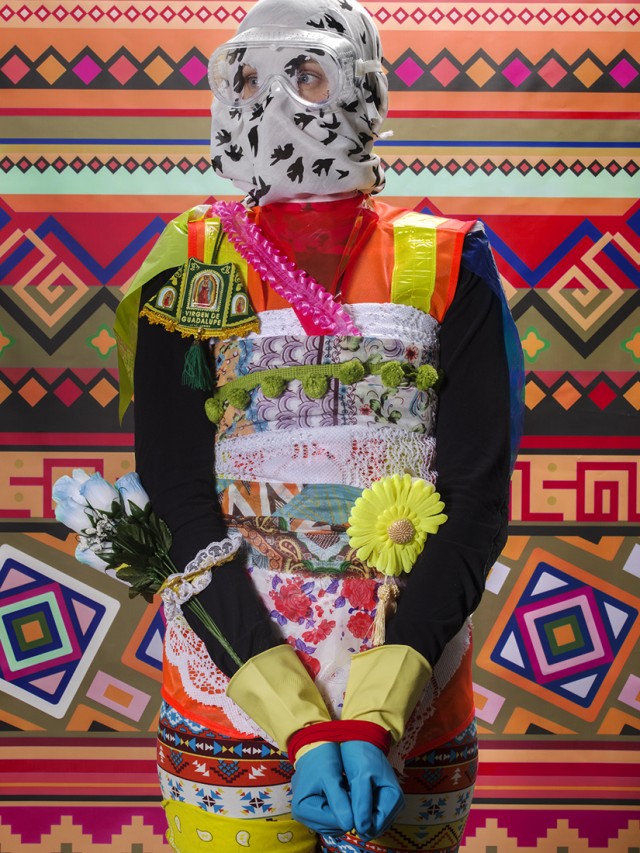 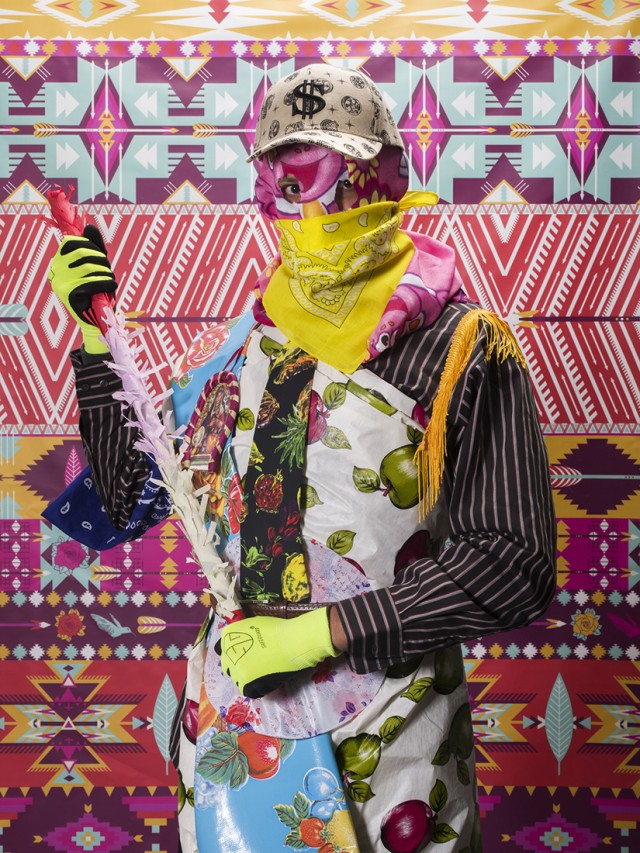 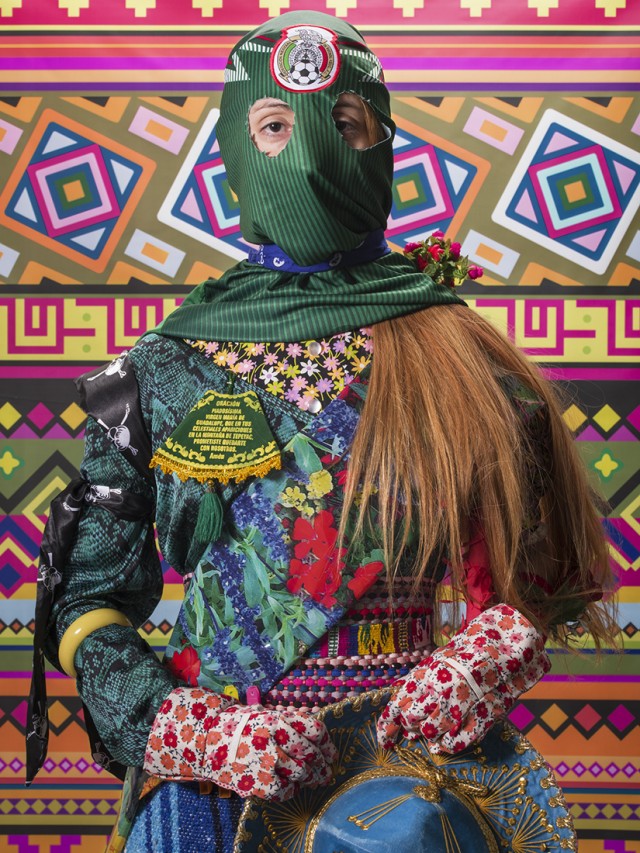 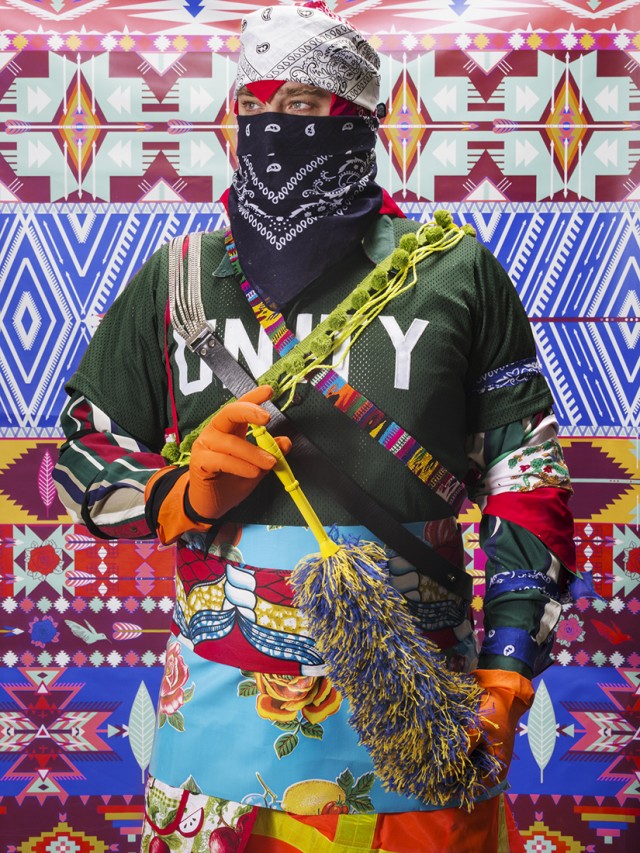 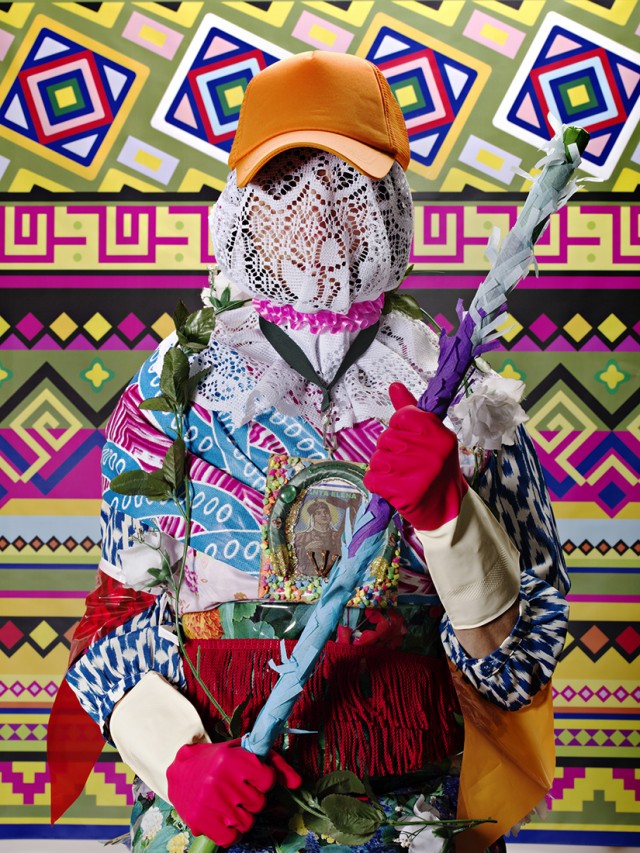 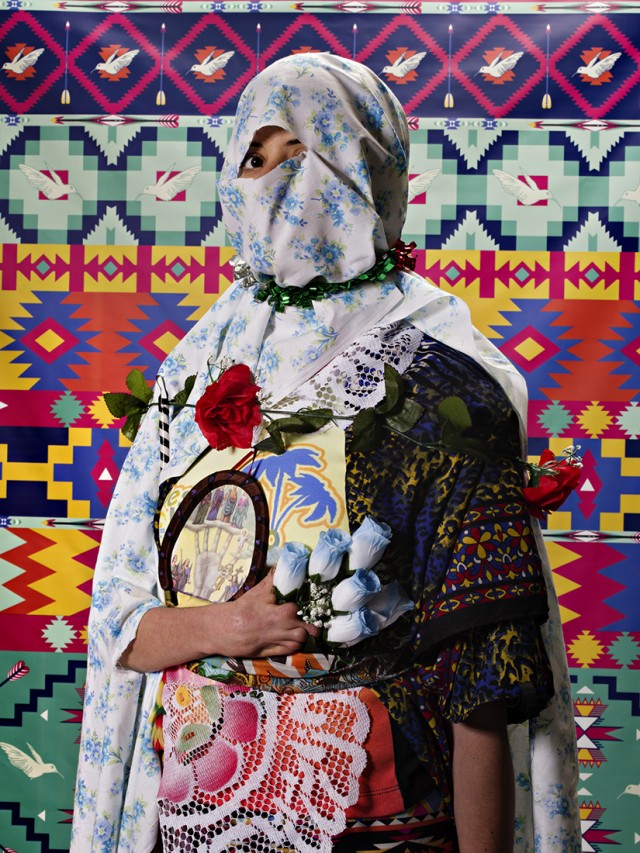 The ‘Normalistas’ are students that are protesting government educational reforms to privatize education. The Normal Schools are part of a network of teacher training colleges that offer free education to the indigenous sons of farmers and rural poor. They arose in the wake of Mexico’s revolution and were meant to provide a way out of poverty for rural farmers and indigenous communities. These schools are dwindling and students blame the attrition on government efforts to privatize education. Recent government education reforms would impose fees for the schools that, according to students, would make it impossible for the poor to afford.

On September 26, teaching students from the Ayotzinapa Normal School in Guerrero,Mexico were intercepted by police forces en route to a ‘Normalista protest in Iguala. In the ensuing clash, six people were killed, and 43 Ayotzinapa students were taken away by the police. Prosecutors allege the students were killed by a local gang after police had handed them over to the criminals.

Unfortunately, this is not isolated an incident. The demand to punish those responsible for their disappearance has broadened into a more diverse fury about corrupt politicians and their drug-trafficking cronies who enrich the political class while poverty persists for the masses. Violence in Mexico is out of control and organized crime has spread throughout the country, destroying any legitimate institutions that get in its way.  The International Crisis Group estimates that a staggering 47,000 to 70,000 people were killed in drug war-related violence between 2006 and 2012 alone, along with thousands more who disappeared and whose fate remains unknown. The police, military, and other state security forces were responsible for many of those killings and disappearances, as well as for torture and other human rights abuses. Amnesty International documented a 600 percent rise in torture committed by state security officials between 2003 and 2013.