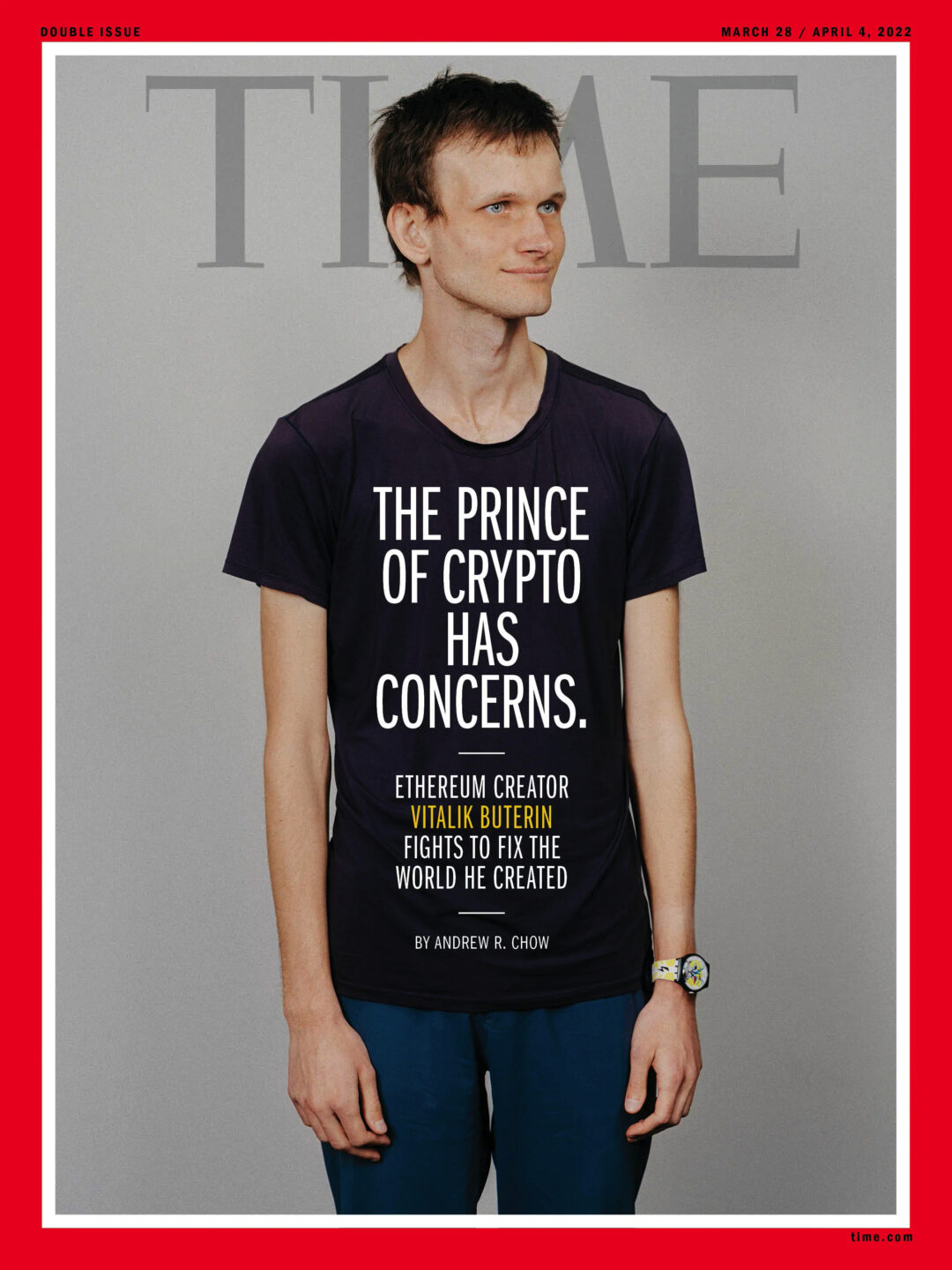 TIME Releases First-Ever Full Magazine Issue as an NFT on the Blockchain Featuring a Cover Story on Ethereum Co-Founder Vitalik Buterin. Issue will be released March 23, 2022.

The NFT issue features TIME’s cover story, The Prince of Crypto Has Concerns, on Vitalik Buterin’s fight for the future of Ethereum by Andrew Chow, editor of TIME’s Into the Metaverse newsletter. The issue is created in partnership with the LITDAO. LIT.

The magazine will live on the blockchain but is hosted through a decentralized protocol allowing holders to read the magazine in its entirety through an interactive NFT.