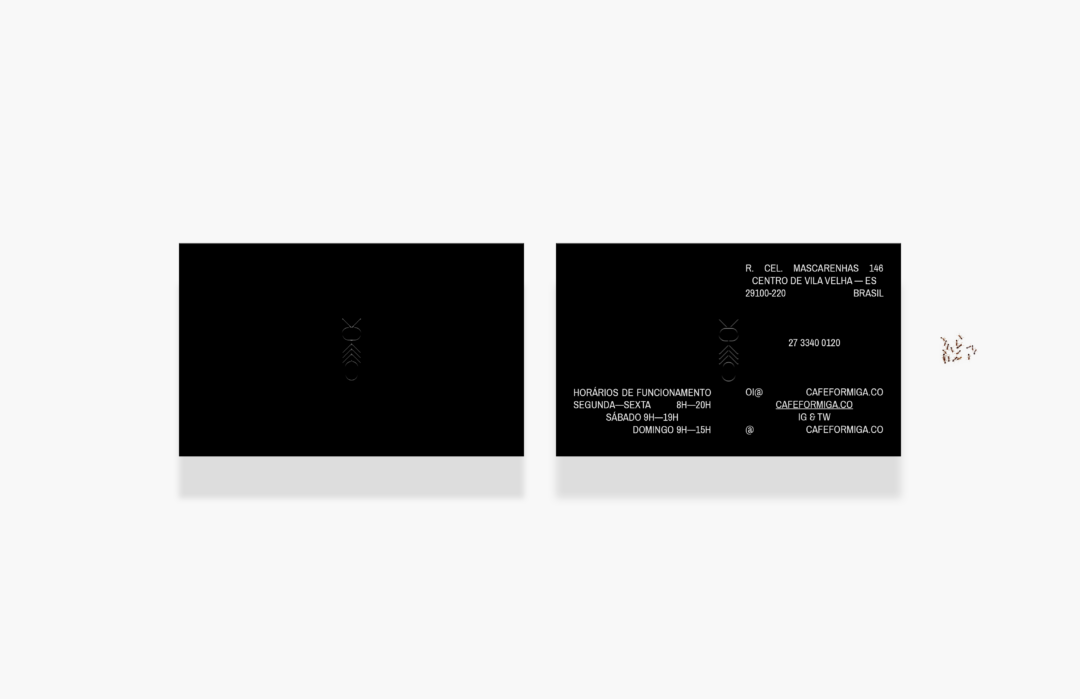 Café Formiga (Ant – in Portuguese) is a modern local cafe in the city of Vila Velha, in the southwest coast of Espírito Santo, focused on making a unique caffeine experience with local grains and food supplies. The cafe was founded in 2018 by Lívia Fontes and Byan Mangos. The two owners were led by a strong sense of community while planning to open Formiga. Both believe that, as ants, little by little, we can make small differences that will add up to a greater purpose, eventually. In addition, both told the story about their moms telling them that ants were good for sight, so that is why we decided to name the cafe after it. With that said, the visual composition was designed so it could be flexible and the grid appearing to be aimless, so it may be designed in lots of different ways shifting from side to side. The logo is a visual representation of an ant that takes a greater part of the visual identity thought to take stage and creature the cafe’s visual culture within a logo as time passes by. In addition, the ant logo moves around the cafe’s peripherals to provide a feeling of ants invasion as a way to play with the story told that took a greater part of the briefing. Nonetheless, the result is a simple, yet modern and lovable visual communication that represents this lovely little cafe. 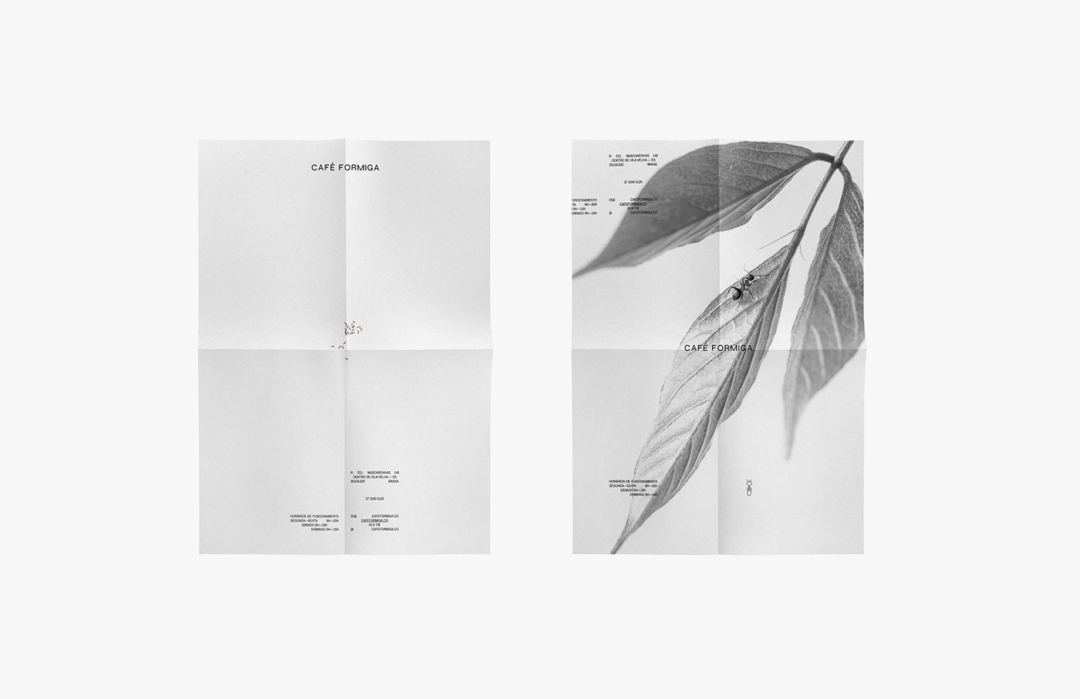 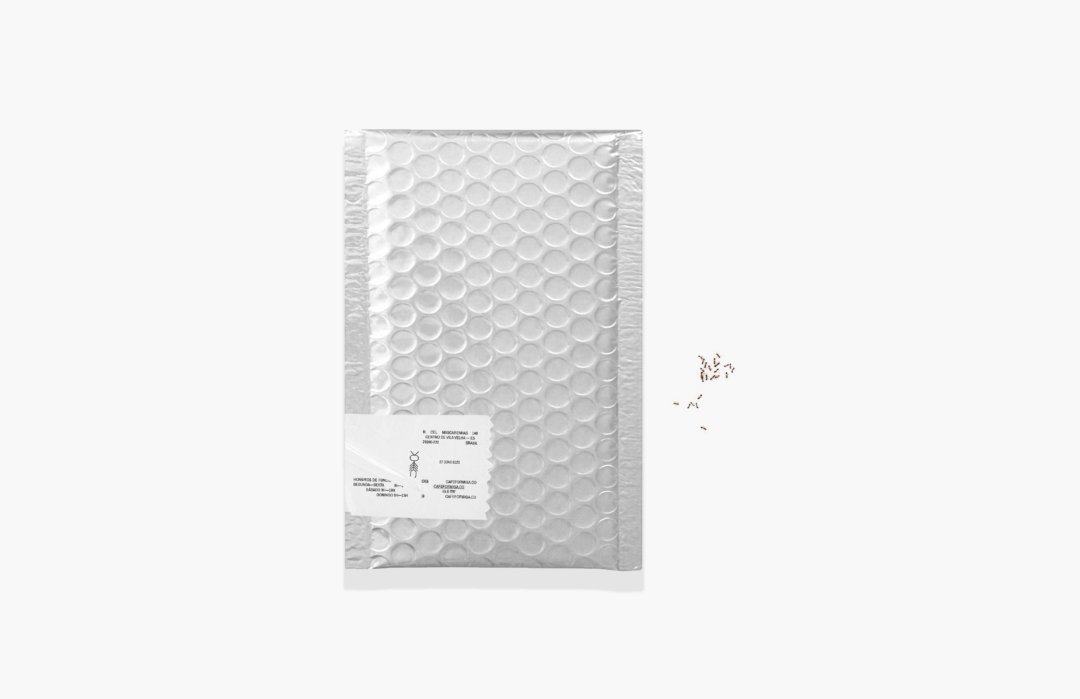 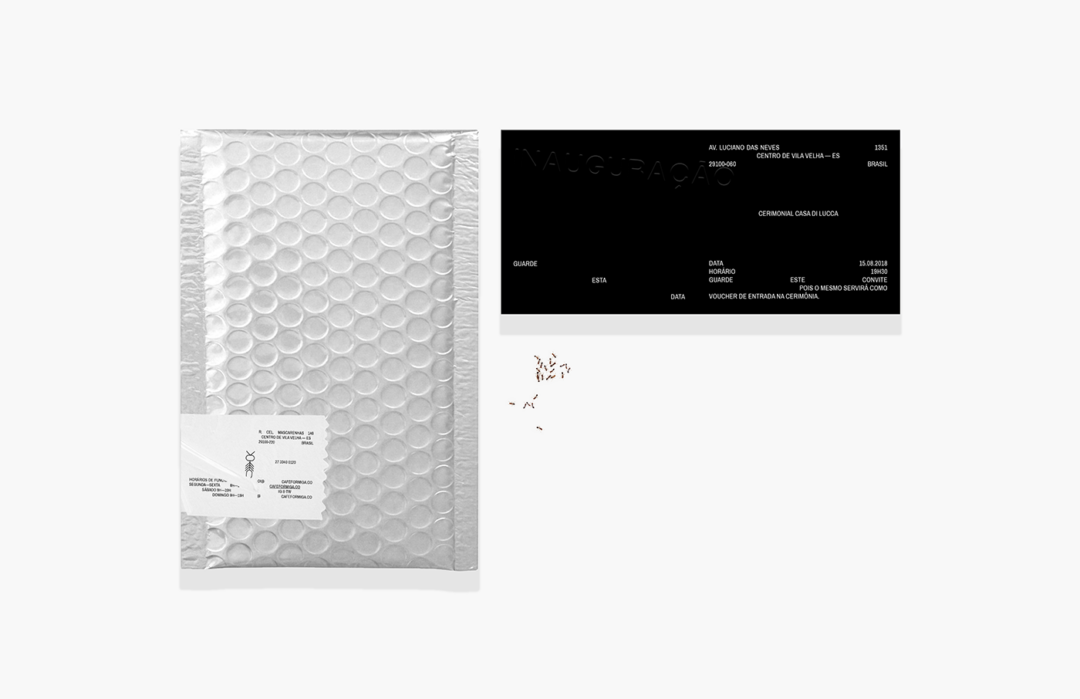 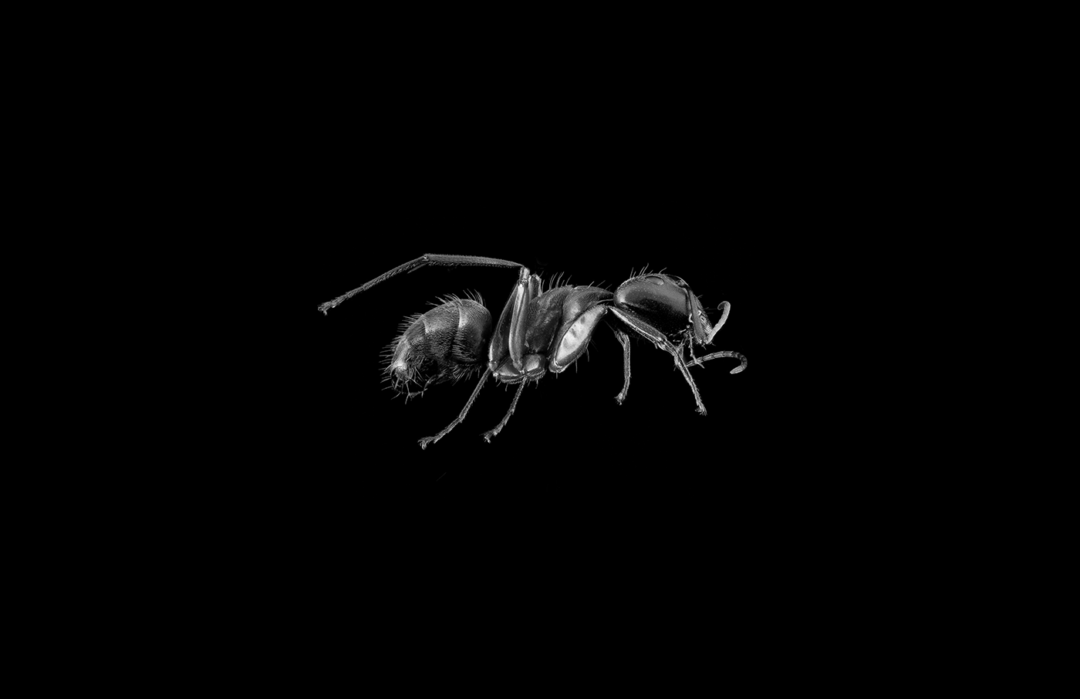 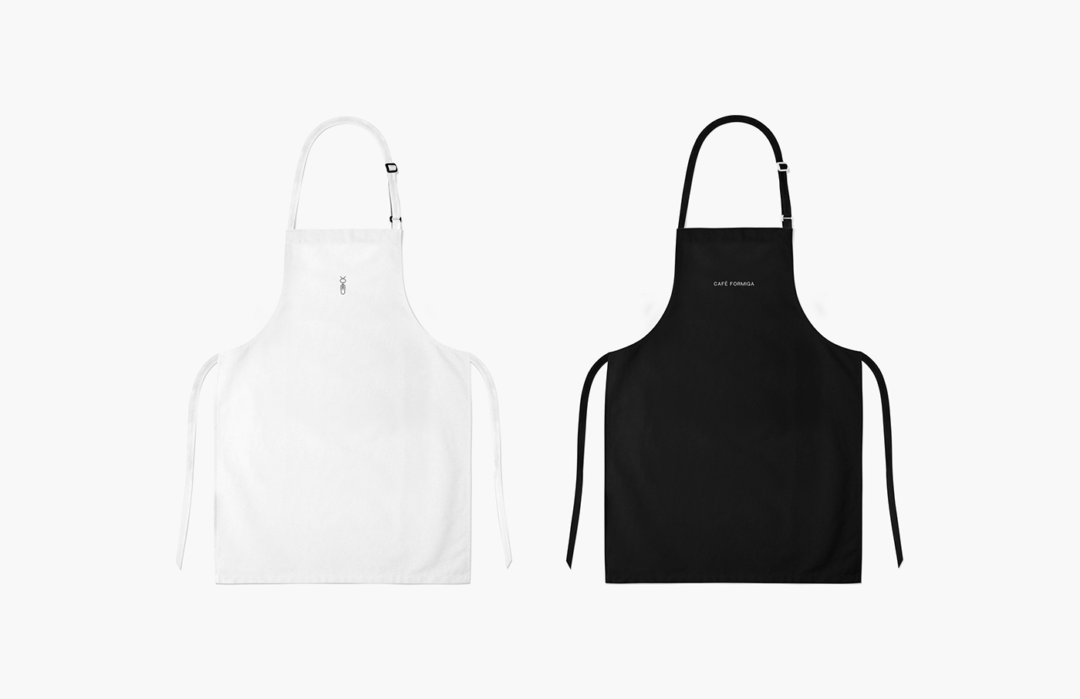 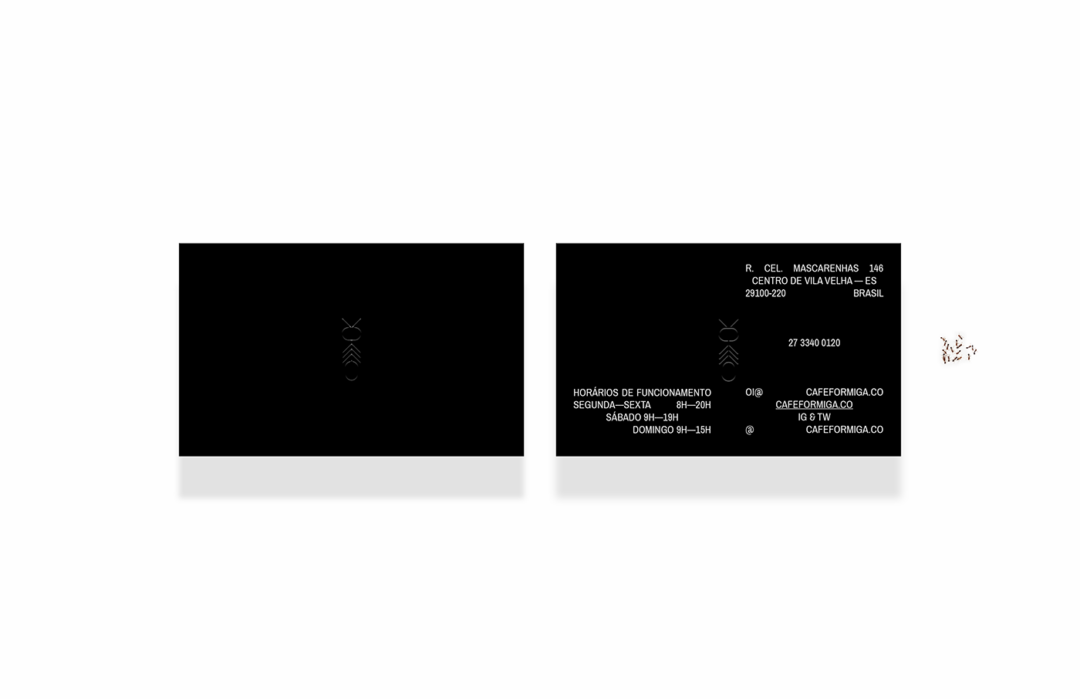 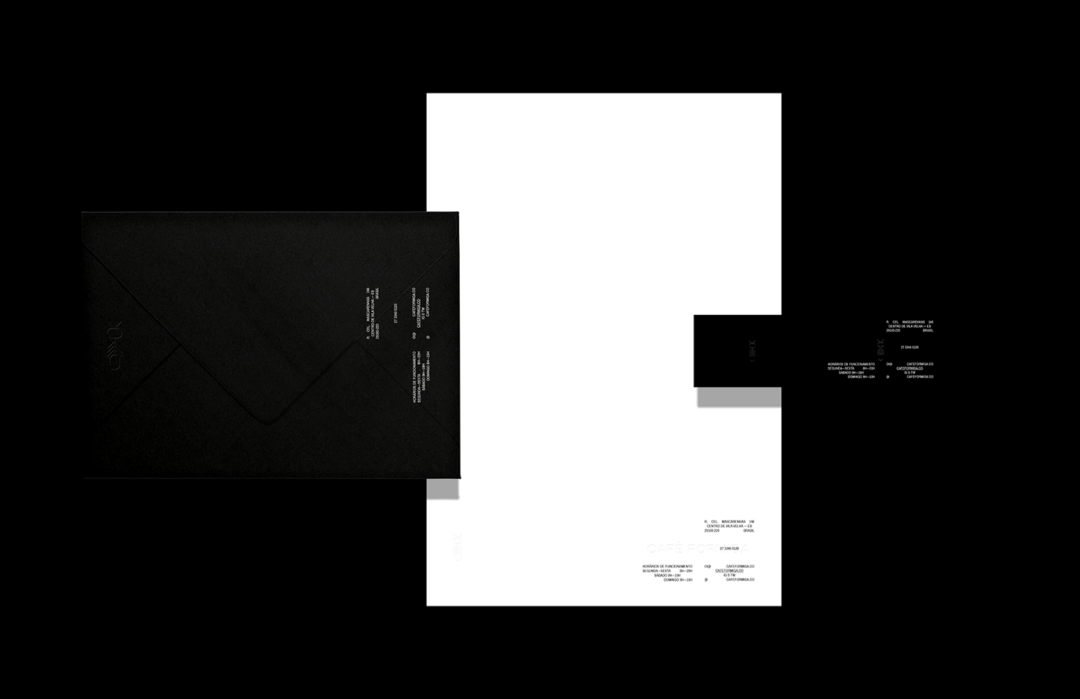 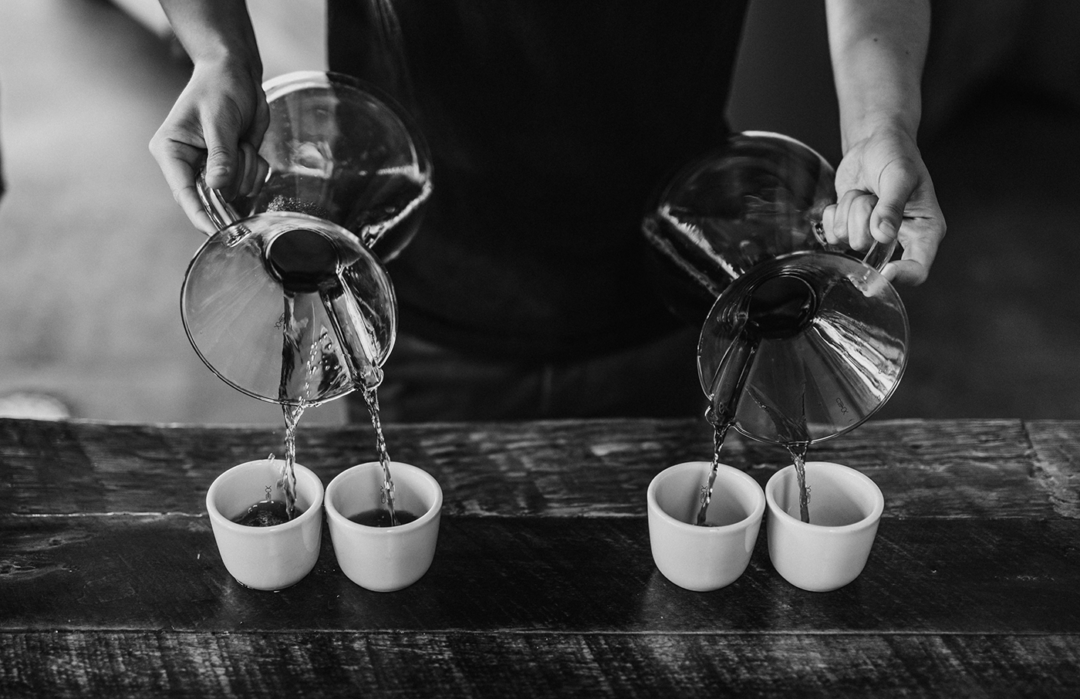 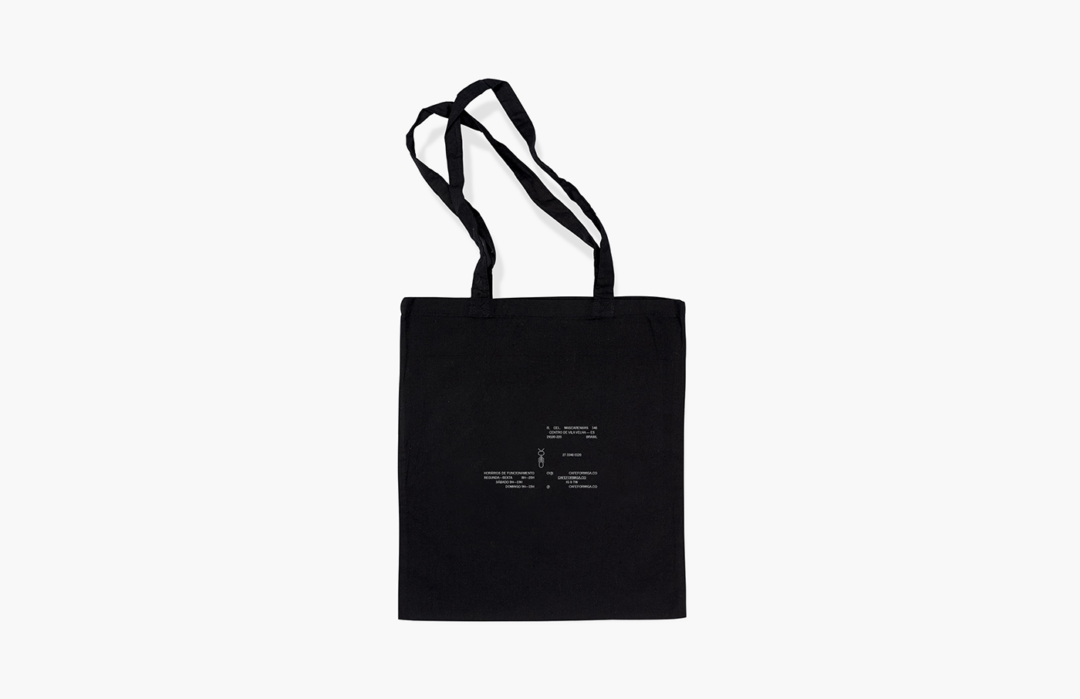