Illustrated stories and tales of typographers and engravers from Bologna

Tipi di Bologna (Types of Bologna) is a limited edition book, entirely illustrated, printed and bound by hand. Produced by Griffo–The Great Gala of Letters, and made possible thanks to the support of Fondazione Del Monte, Tipi di Bologna brings us short stories of those who made the Bolognese print and publishing scene through the years, combining Giulia Garbin’s linocut illustrations, Stefano Riba’s texts in linotype and the print expertise of Anonima Impressori. Likewise Tipi di Torino published in 2014 by Print About Me Micro-Press, This new book is dedicated to the Italian typographic culture, uses old (but not antiquate) techniques in order to stimulate rediscovery of letterpress past and present scene of Bologna city.

The book is made with a double concertina, containing linocut illustrations about each character story. Attached in the middle of Tipi di Bologna with a magnet, there is a smaller book that contains the written stories both in Italian and in English, and composed in a almost vanish technique called Linotype.
Finally is wrapped with a dustcover which contain a map of the city and it’s characters locations.

The book lead the reader/viewer through a journey that starts from the very beginning of the letterpress history back in the late 15th Century, when Francesco Griffo da Bologna designed the first italics font. He was an innovator who gave us the universal model for western type and who, may now finally be recognised as one of the great protagonists of the Renaissance. The narration untangles through other stories of the past (Jacopo Berengario, Ulisse Aldovrandi, Nicolò Tebaldini) leading to the nowadays through tales and anecdotes told by some protagonist of the 20th Century letterpress scene in Bologna. 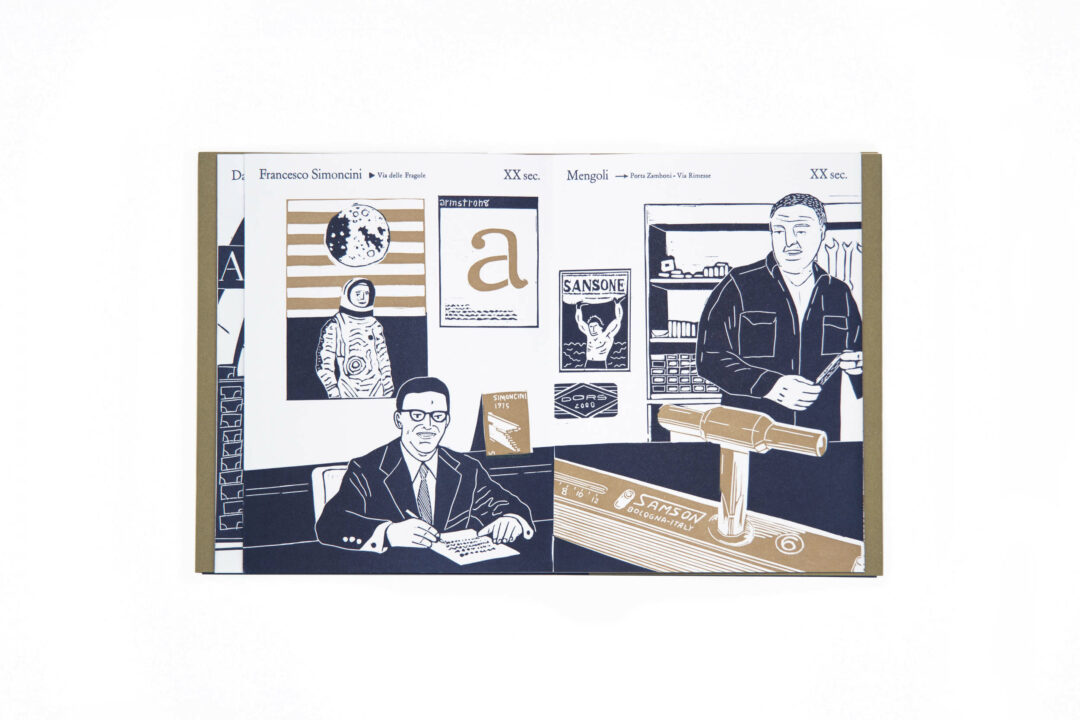 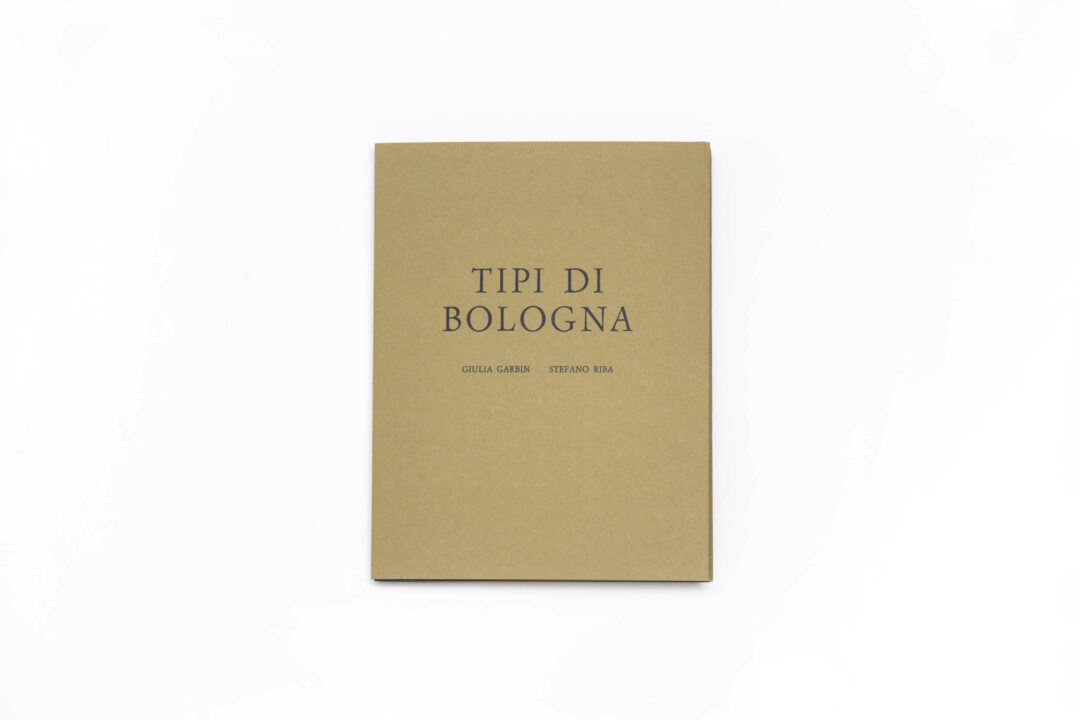 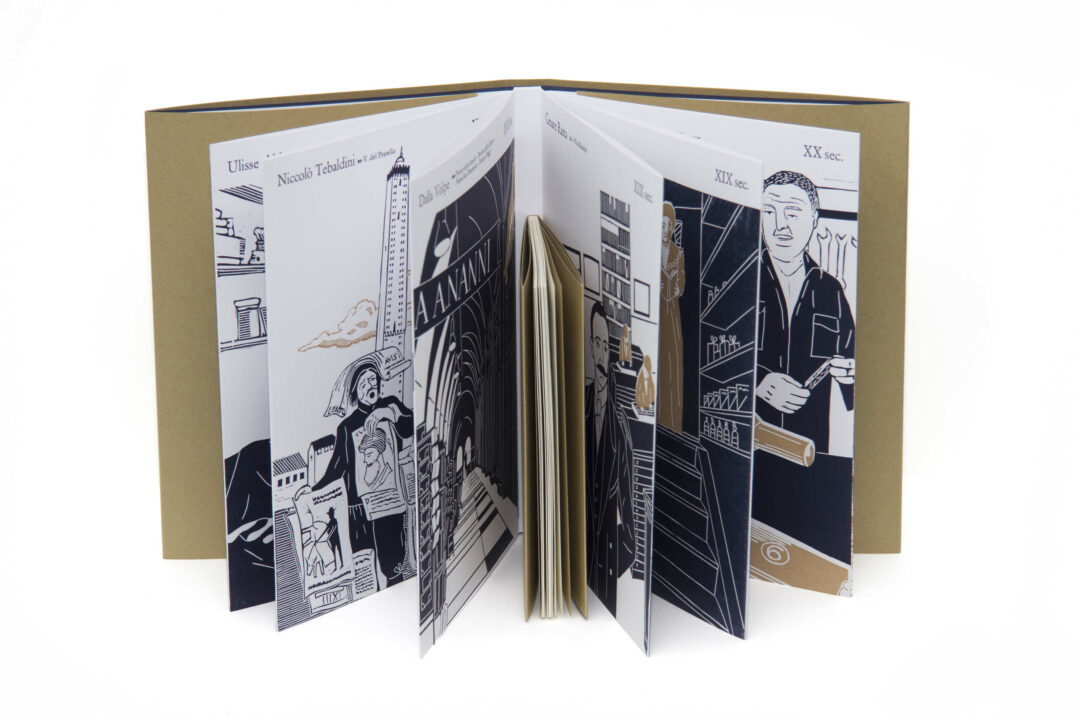