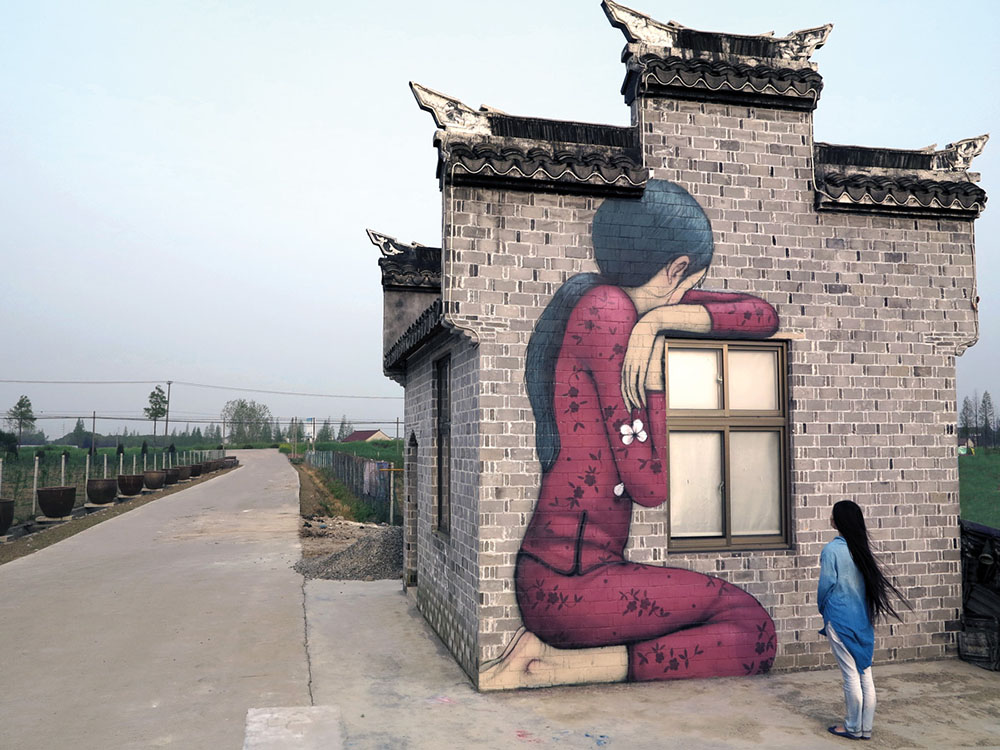 French muralist Julien Malland (aka Seth) has been extremely prolific over the last year, traveling to far flung locations around the world including China, Tahiti, New Zealand, Italy, Canada, and even the Reunion Islands in just the last few months alone. Seth paints large-scale human figures—mostly children—that appear faceless, cut off by the edges of buildings or turned completely away from the viewer, as if looking out into the world or witnessing something we cannot see. From his artist statement:

Since 2003, [Malland] ventured across the world to exchange with street artists from different cultures, in order to broaden his horizon on life and on mural painting. From this experience he has been compelled to draw simple characters, mostly children, somehow connected to the chaotic environment in which they are revealed. Witnessing the outcome of globalization, its creations are celebrating traditions. Thus they are defining a hybrid culture between modern expression and traditional representation. His approach aims to arouse an artistic dialogue, whether it is a collaboration with local urban artists or a learning process of traditional techniques from local craftsmen. 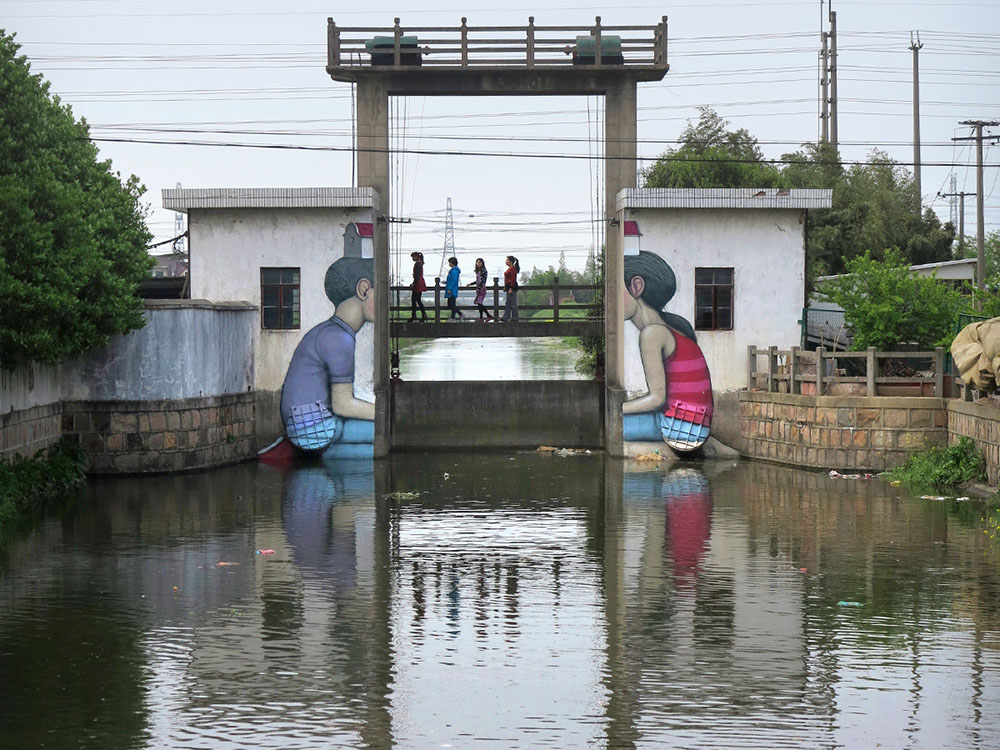 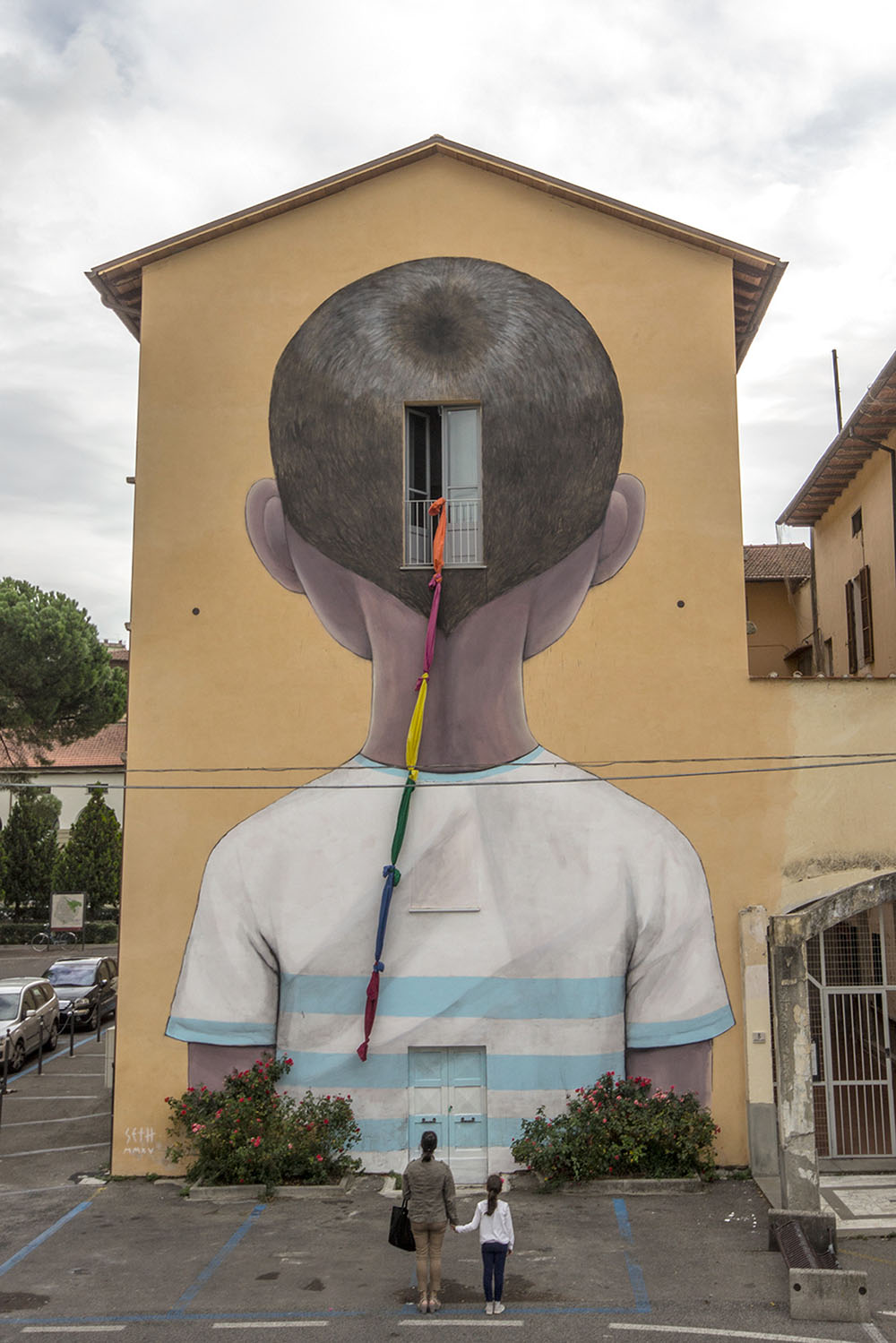 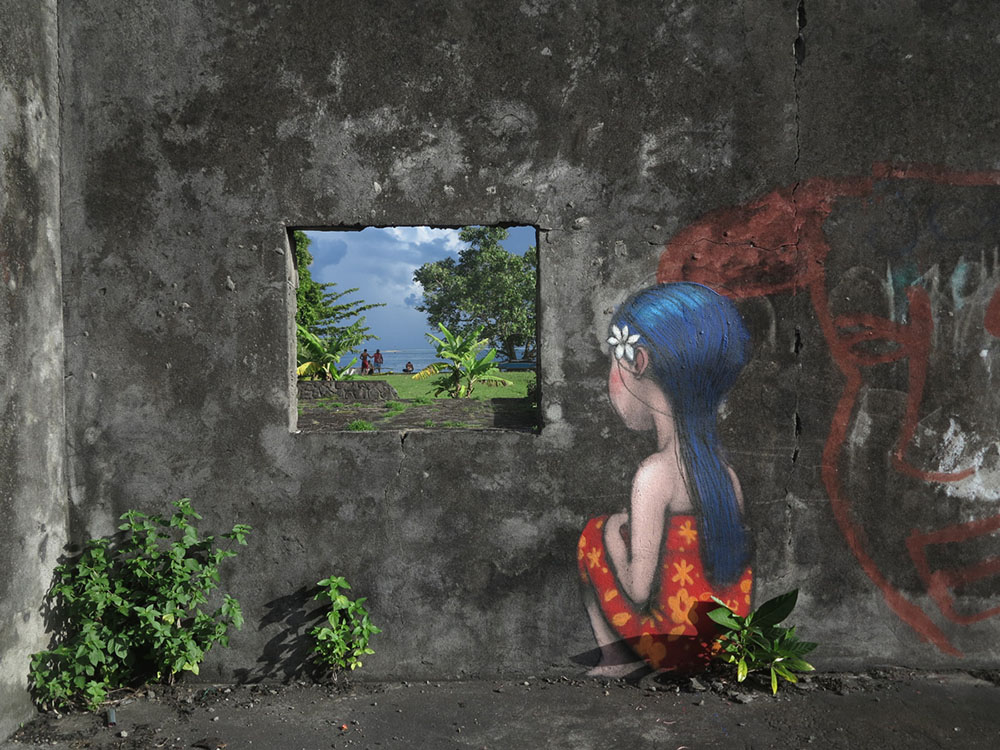 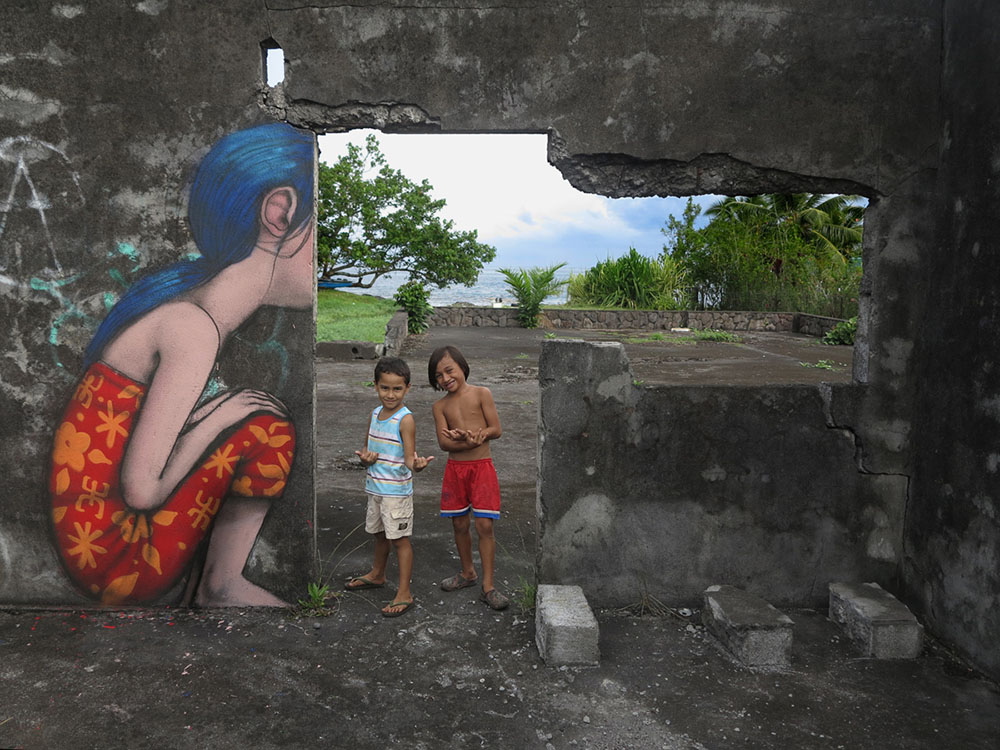 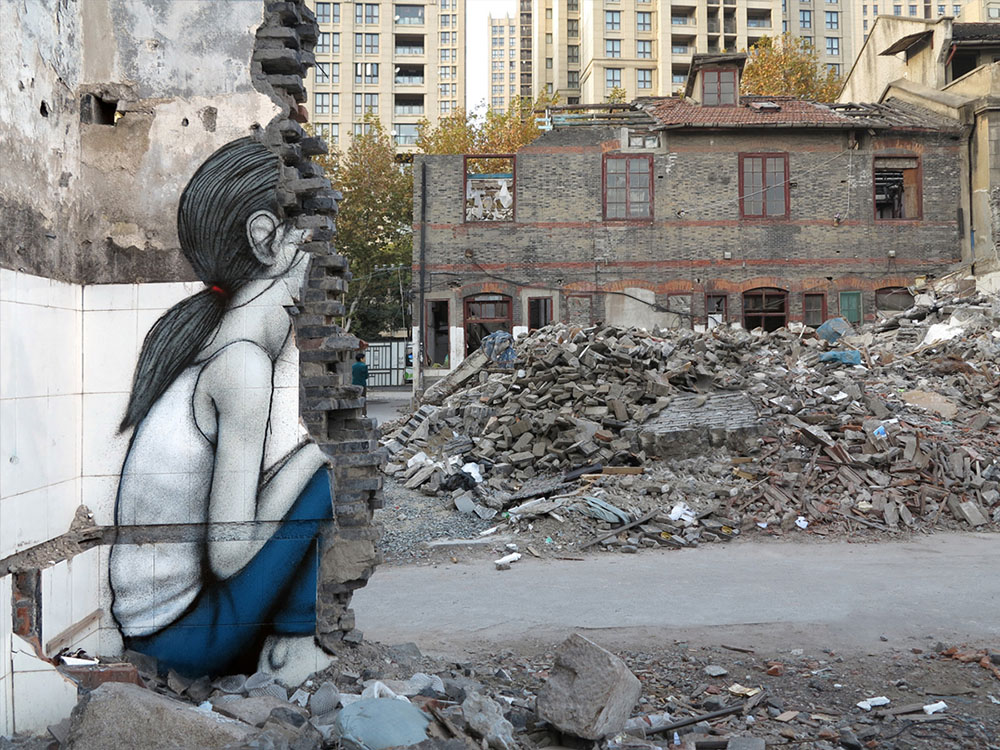 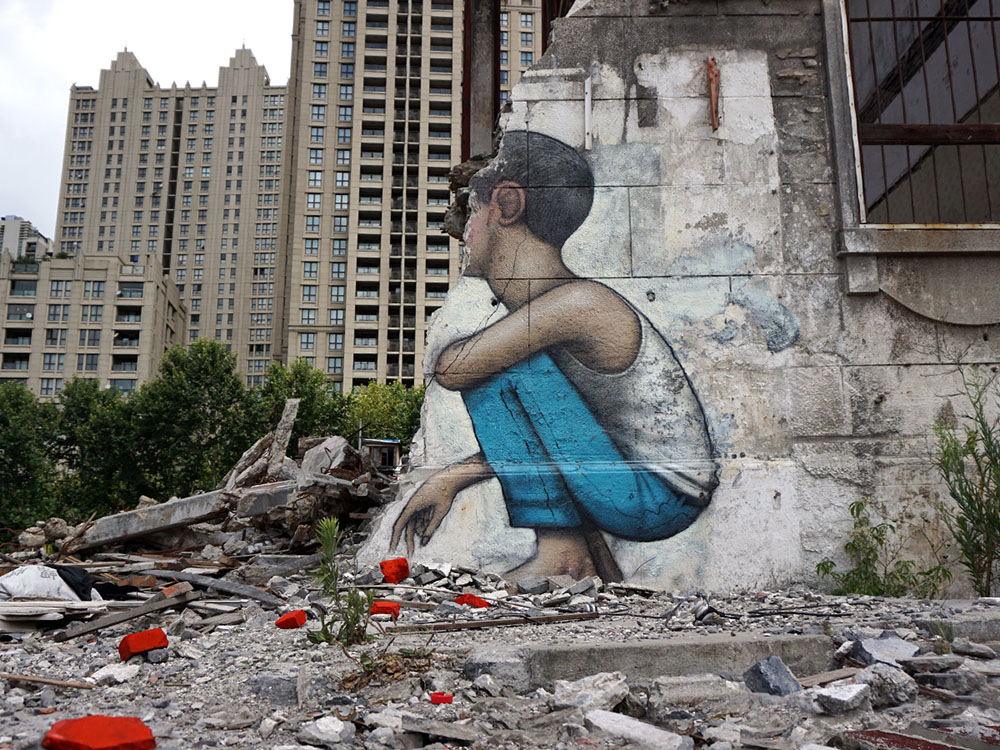 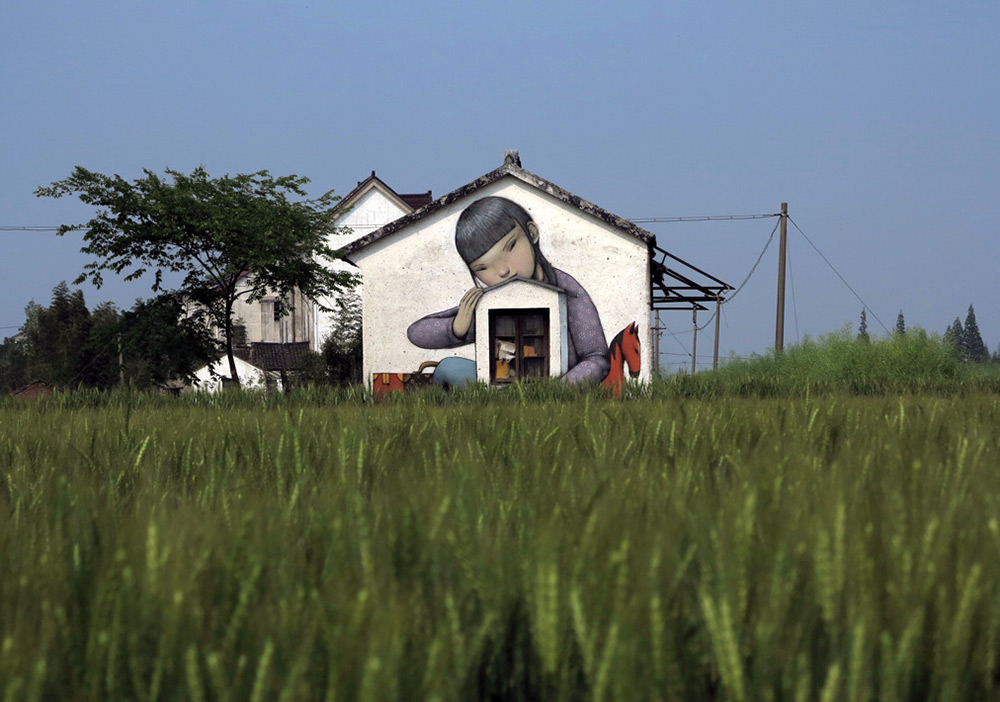 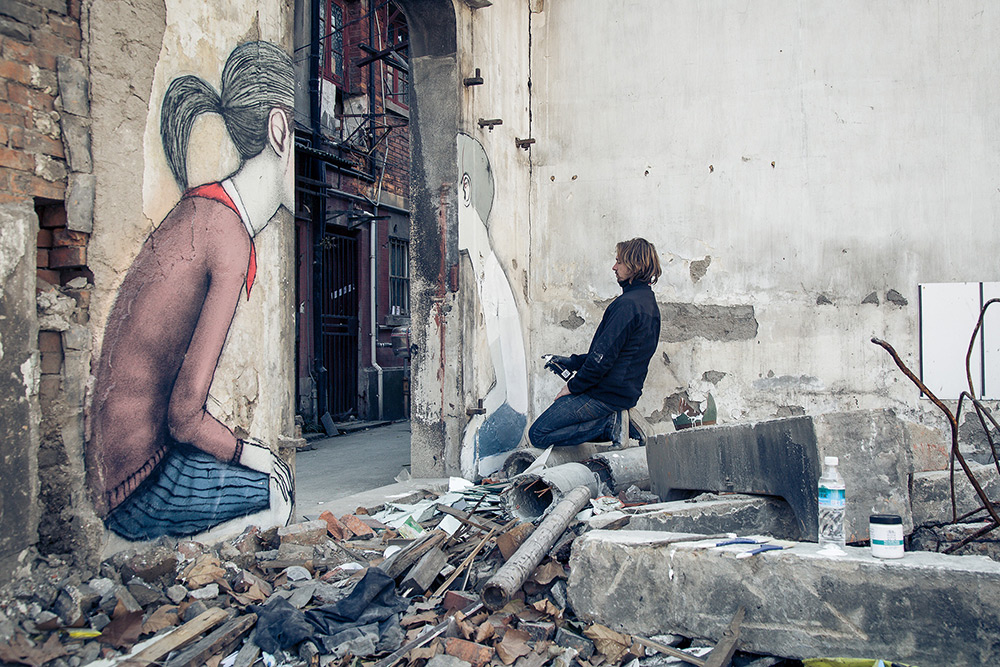 Best of the Web painting

A Dire Evolutionary Timeline by ‘Blu’ on the Streets of Italy